According to history, Paleolithic man had roamed the areas, which is called the lower Godavari valley that include Bhadrachalam and its surroundings. Bhadrachalam town has a documented history of Lord Sri Rama temple, which was constructed in the 17th Century CE. According to Mythology, the present town was once part of the Dandakaranya forest, which Lord Sri Rama, Sita, and Lakshmana had visited during their exile also called vanavasam according to local parlance.

The jungle which is now in the vicinity of the temple was the place for Rama’s retreat and a place called Parnasala which is 32 km away was the location where Rama had built a dwelling for himself and Sita. It was here that Sita was abducted by Lanka’s ruler, Ravana.

The town shares its historical significance with Ramayana Era. The name Bhadrachalam is derived from the word Bhadragiri (The Mountain Abode of Bhadra, the child of Meru and Menaka). The famous temple at Bhadrachalam is home to the Archa Murthy’s of Rama, Sita, and Lakshmana, and their idols are believed to be swayambhu i.e. self-manifested ones.

Bhadrachalam division also has several other Hindu temple Paranasalala is believed to be the spot where Rama constructed a hermitage during his exile and spent time with his wife Sita and brother Lakshmana. Agastya muni helped Rama select this spot. there is a picturesque display of few scenes from vanavasa at Parnasala. Pilgrims enthrall when they see the footprints of Sita Devil, the mosaic of Maarecha who appears in the guise of golden deer, and Ravana who appears in the form of Sanyasi for Bhikshatana.

One can see Sita Vaagu where Sita had bathed and gathered turmeric Kumkumkum from the nearby stones. Yetapaka located 2 km from Bhadrachalam has a history where the bird Jatayuvu, an ardent devotee of Rama tried to obstruct Ravana when he was proceeding on a chariot after kidnapping Sita. A fierce batted ensued and a wing of the bird was believed to had been found at Rekkapalli.

Rama is worshipped as Atmarama here at Dummugudem where according to Purana, Rama killed around 14,000 demons belonging to Khara Dushaneana. The place is called Dummugudem as it was built on the ashes of these demons.

At Gundala, located 5 km away from Bhadrachalaonence can see hot water springs after digging a pit on the riverbank and it is said that the divine trio of Brahma, Vishnu, and Maheshwara dipped in the holy water here during the winter season. There are other places too like Sree Rama Giri, Venkatreddipeta, Gannavaram, etc. 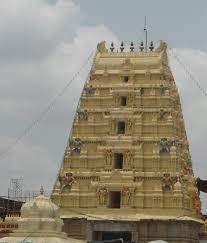 How to reach Bhadrachalam Temple

Also Read Place To Visit In And Around Bhadradri Kothagudem Districrt