Once Srila Bhaktivedanta Swami Prabhupada visited Nellore on January 3rd, 1976 on his way back to Hyderabad after finishing a program in Chennai. His senior disciples, H.H Tamala Krishna Goswami Maharaja, H.H Brahmanada Swami, H.H Achyutananda Swami, and H.G Hari Souri Dasa, and many others accompanied him during the Nellore Visit.

Srila Prabhupada stayed in Nellore from January 3rd to 8th. During the visit, Srila Prabhupada met many of the important leaders of the town and Rebala Sujathamma volunteered to donate the land for the temple construction. He inaugurated the new temple and the cornerstone was laid for the new temple. But the donation of land was with many conditions. so, Prabhupada decided to withdraw from the project. 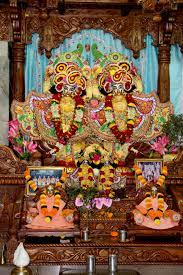 How to Reach ISKCON Temple

Also Read Place To Visit In And Around Nellore District